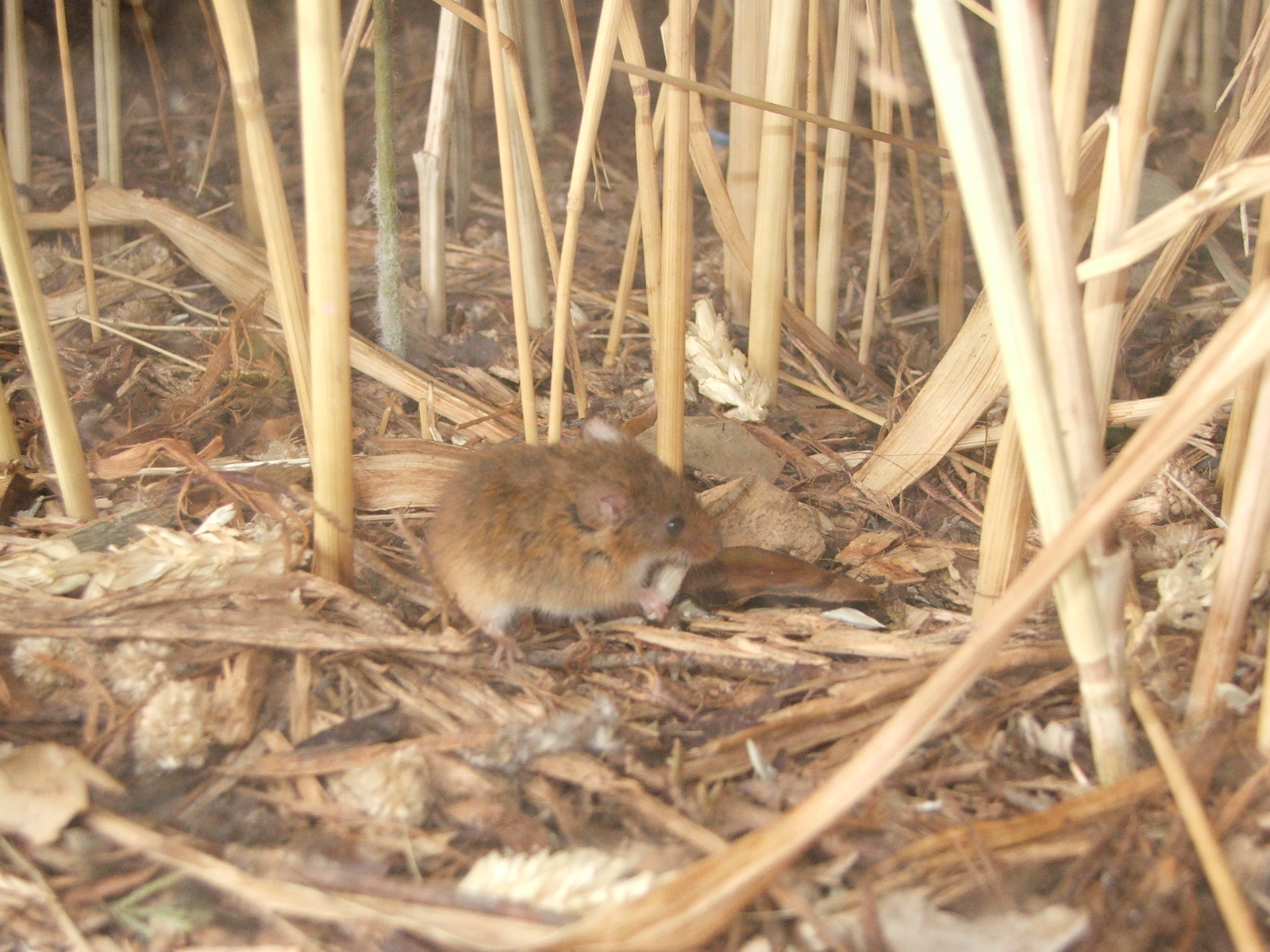 Overlooked and under-recorded in the past but by the end of 2007 they had been recorded in over 75 1-kilometre squares, all in the eastern half of the county. Roughly three quarters of the current sites are located in the NE, largely the result of surveys by Sorby Mammal Group. Continuing survey work by DMG, Sorby MG and DWT is expected to result in discovery of more sites. Most records result from systematic searches for the characteristic summer nests. Live trapping and cat kills have provided a few additional records, e.g. Alvaston (1987), Shardlow (1990), and Church Broughton (1999). Harvest mouse remains are rarely recovered from owl pellets, though a 1-2 recent records originate from barn owl pellets collected in NE Derbyshire. In the Derbyshire Peak District, Harvest Mice are only known from around Calver and Bradwell. A national harvest mouse survey in the 1990s showed that across England and Wales most harvest mouse sites lay below 500 feet (152 m) so the distribution in the Peak District is not anticipated to be extensive.

Little is known about the previous status of harvest mice in the county and the steady discovery of new sites obscures any overall population trend. DMG, Sorby MG and DWT now monitor selected sites on an annual basis. Changes in agricultural practices, such as moves to winter-sown cereals and from hay-meadows to silage, are likely to have reduced the amount of suitable habitat. Succession of ungrazed grassland to scrub represents another threat. On the other hand, losses have been balanced to some extent by habitat creation schemes in the NE of the county, particularly on old mining sites, that have increased the area of rough grassland and wetland. Research nationally shows that harvest mice rapidly colonise areas of new habitat. Known sites in Derbyshire tend to be small and isolated, so fragmentation is also likely to be a factor and ensuring links between current sites is important in conservation management and planning.