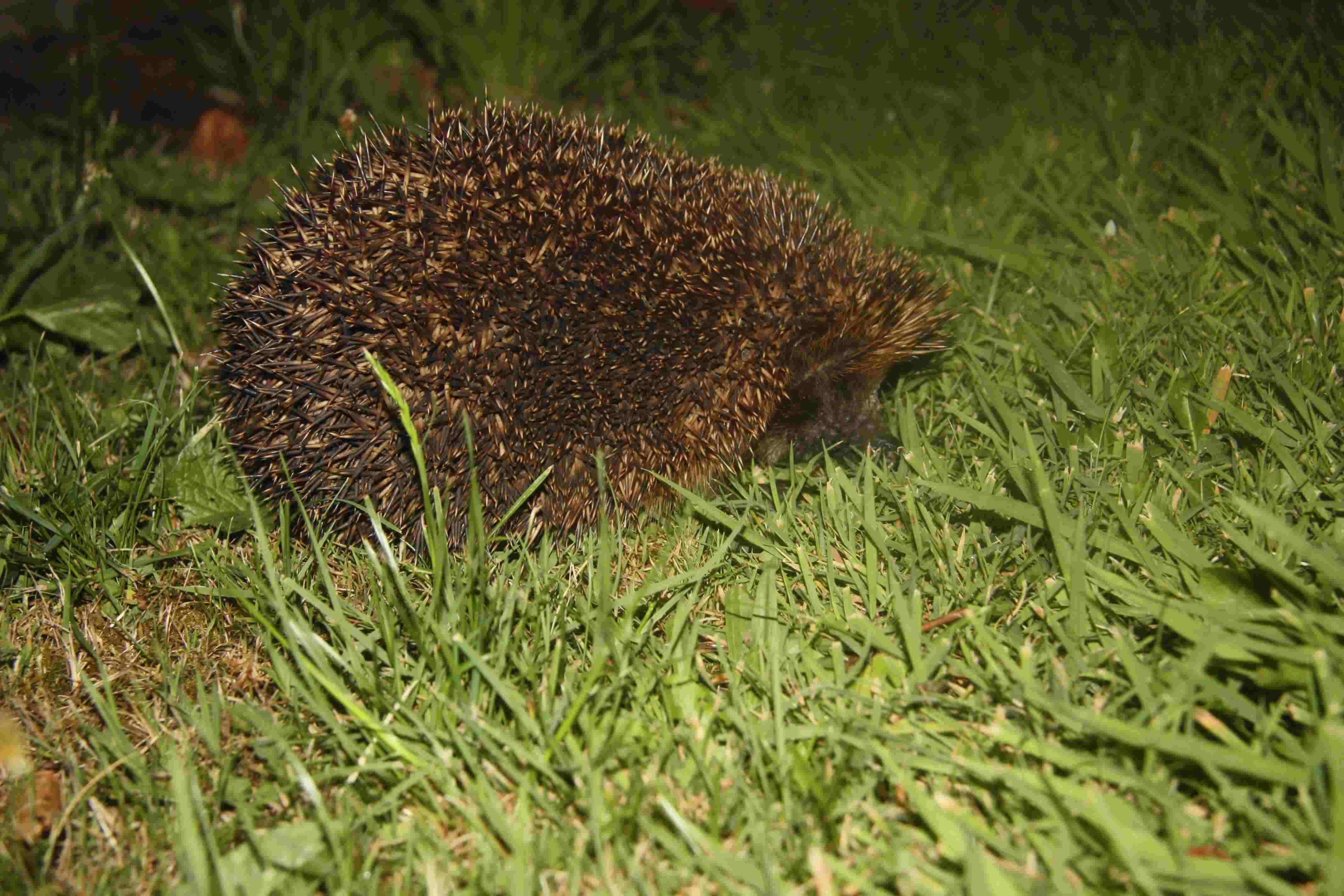 Native. Widespread and quite common, though rather unevenly distributed in the county. Some of the gaps in the mapped distribution result from a lack of recording, but hedgehogs appear to be genuinely absent from some other regularly-monitored localities.

Hedgehogs are found in gardens, parks, hedgerows, woodlands and agricultural areas. Towns and villages may represent an important habitat refuge and hedgehogs are one of the few mammals that are more common/occur more densely in urban and suburban situations than in the open countryside. They are absent or very rare in moorland and blanket bog habitats, most likely due to a lack of suitable prey.

On the limestone plateau of the White Peak they occur up to at least 370m (1200 feet), as shown by regular road casualty records. The limestone plateau represents a rather atypical habitat, consisting of semi-improved or improved fields, mainly sheep and cattle pasture, and divided by drystone walls instead of hedges. Tree cover, limited to occasional shelter belts and copses, generally occupies less than 5% of the land area. Here they presumably exploit field margins, set-aside headlands and areas of long grass, and use stone walls for shelter and breeding. Their ability to thrive in such an open habitat provides an interesting parallel with their rapid adaptation to the Outer Hebrides, where they were unofficially introduced to combat slugs, but soon discovered a tastier diet of breeding wader eggs and chicks (fortunately no evidence of similar damage here).

Derbyshire hedgehogs hibernate from late October-November to late March-April. There are rare sightings in mild winters, such as 2006-7, but only 17 (under 2%) of 949 hedgehog records since 1980 have occurred in the three winter months December-January-February and 85% are in the 6 month period April-September. 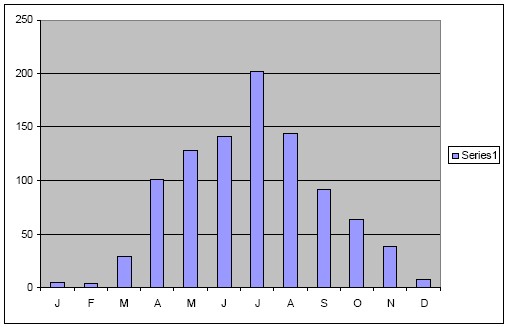 Hedgehogs are instantly recognisable and are one of the most familiar mammals in Derbyshire. Most records on the DMG database refer either to road casualties or to hedgehogs seen in gardens. The current population trend in the county is unclear, though is perhaps decreasing. Recent data from the Tracking Mammals Partnership indicate a national decline with a noticeable drop in numbers found dead on roads over the last 10 years. As a result, in 2007 hedgehogs were added to the list of priority species on the UK Biodiversity Action Plan.

Many hedgehogs are killed on roads, but it is unclear how far this has a limiting effect on their overall numbers. One hedgehog was observed being trampled to death by cattle near Overseal. General threats include removal of hedges, concreting over suburban gardens, increased use of pesticides reducing prey, and secondary poisoning through slug pellets. Cattle grids that lack escape ramps are also reported to present a potential threat but no instances of mortality in these situations have been reported here. Nationally there is some evidence to show that hedgehogs are more common where badgers are less common; some anecdotal evidence in Derbyshire supports this but it has not been conclusively demonstrated.

Although difficult to believe now, hedgehogs used to be treated as vermin in the 17th and 18th centuries, mainly through the mistaken belief that they suck milk from sleeping cows. Many parishes paid bounties for large numbers of them. For example, Wirksworth church wardens paid bounties for over 2000 between 1658 and 1693, with 240 killed in 1692 alone. Hedgehogs are now partly protected under the Wildlife and Countryside Act which makes it illegal to kill or trap them.
[Old local name: urchin]

More on the hedgehog and the Derbyshire distribution map.